Smoke Before the Wind 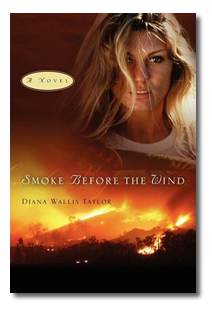 book cover: Smoke Before the Wind

Carrie Dickson barely listened to Professor Grant’s last-minute instructions on his creative writing assignment due the following Friday, her mind was already working on the story. She gathered her book backpack and as she left the classroom, her friend Tori hurried up to her in the hall.

“Carrie! I’m so glad I caught you. Come with me to the Art of Espresso.  Dean’s waiting for me and he wants us to meet a friend of his.”

“Tori, I have a class in half an hour. If this is another of your blind date ideas, skip it.  I’m not interested.”

“Look, Carrie, ever since Dave left to go across the country to Columbia, you’ve been in a slump.  He dumped you and it’s time to move on. Don’t let him have that kind of power over you. He’s history.”

“I will, in my own time.  Seriously, I just don’t want to date right now. Besides, Dave didn’t dump me…we just agreed to part ways.”

Tori rolled her eyes. “Right. So that’s why you sat by the phone and haunted your mailbox?”

“Okay. I’m sorry. I shouldn’t have said it like that.  I know it hurts, but you gotta let him go.”

The breeze came up and Carrie brushed a wisp of blond hair back from her face “I’m just not ready to meet anyone right now.”

“Just because Dave was a jerk doesn’t mean all guys are.  I any case, I told Dean I’d bring you along.  It’ll just take a few minutes.  At least say hello.  Please?”  The last word was stretched out along with a bright smile.

Carrie stopped and glared at her best friend.  “Stop begging. All right. I’ll give it ten minutes and I’m gone. Okay?”  She shook her head and began to walk briskly to keep  up with Tori’s pace.

“Sounds like he has a mustache and a goatee.”

“Stop being negative.  Besides being handsome, he’s rich.”

“You know that isn’t the criteria I care about, Tori. Does he go to your church? How old is he anyway?”

“Whoa, girlfriend, I haven’t seen him at church and as for age, I don’t know.  Late twenties, I guess.”

As they entered the café, they saw the two men at a table in the corner.  They stood up as the women approached. Carrie had to admit that Andrew was attractive.  He wore a tan suede shirt that showed his broad shoulders and he was not only trim, but tall. At least six feet three.

Dean gave Tori a quick hug. “Hey, Babe, glad you made it.”  He nodded to Carrie. “Nice to see you.”  He glanced at Tori and turned enthusiastically (too enthusiastically in Carrie’s mind) toward his friend. “Carrie, this is Andrew Van Zant, a buddy of mine. Andrew, this is Carrie Dickson, a friend of Tori’s.”

Andrew reached out a hand and smiled at her.  She looked up into a pair of twinkling brown eyes and a ruggedly handsome face.  His smile revealed dimples on either side of his mouth, and his hair was tousled, giving him a boyish look.

Carrie took his hand briefly.  “I’m glad to meet a friend of Dean and Tori’s. Are you visiting in San Diego?”

The four of them sat down and Dean jumped up again quickly to get them all coffee. Carrie started to object, that she couldn’t stay, but he was already ordering and she didn’t want to make a scene.  She’d be polite, but in a few minutes she was going to be out of there.  Thank goodness I have the excuse of another class to go to.

Andrew was looking at her with obvious admiration, which was disconcerting.  With a touch of irritation at feeling on display, she decided to ask some pointed questions. “How long ago did you graduate, Andrew?”

He seemed amused and she wondered if he thought she was asking his age.

“I graduated eight years ago.”

Tori chimed in.  “Dean told me he used to edit the school newspaper right here at UCSD.”

Carrie nodded.  “So you went here.  Are you in some form of journalism now?”

Dean returned and set the cardboard holder with four cups of coffee on the table and passed them out before he sat down.

Andrew stirred two packets of sugar into the steaming black liquid. “Actually I’m not.  I work for my father in an antique import business.”

Tori leaned forward. “You should see some of those pieces, Carrie. Beautiful. I could go for a whole houseful.”  She grinned broadly at Andrew. “That is, if I could afford any.”

Andrew gave her an appreciative smile and turned back to Carrie. “What’s your field?”

“I’m going to be a teacher in the fall.  I’ve signed a contract with the San Diego City School District.”

She shifted the subject back to him. “So how do you like the import business?”

“Well, it’s a family business, started by my grandfather 50 years ago. I hadn’t planned on going that direction but my grandfather died my senior year in college and my father convinced me he needed my help, so I didn’t have much choice.”

“I think each of us should choose our own field.”

Andrew leaned back and his eyes held a trace of amusement. “I agree with you, Carrie Dickson.  You wouldn’t like to duke it out with my father, would you?”