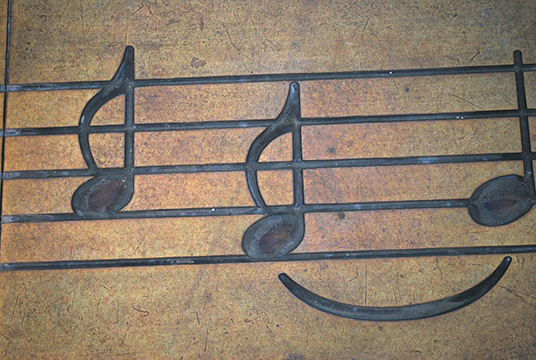 Thanks to a very talented college music major, the musical that my friend Carolyn and I wrote (she did the music, I did the words and sang the melodies into a tape recorder!) is done! It only took about 12 years! I had the idea many years ago for “Glorious” but since I do not read or write music, the tunes just ran around in my head. I wrote the play from a short Easter story I’d written. Now what to do with the music! I argued with the Lord that giving me a musical was like asking someone to repair an engine when they know nothing about cars. No response. I had various would-be music people work on it over several years but one by one they faded into the woodwork. Then I happened one day to see the picture of an old friend in the paper. She was having a quilt donated to her since she had lost everything in the fire that ravaged Crest, a community in the mountains near San Diego. After a few phone calls, we re-connected and had a wonderful time catching up. When at one of our lunch dates, I mentioned the musical (don’t know why, God did) she told me that after her divorce she’d gone back to college and gotten her degree in music! Hmm.

She said she’d love to work on it with me. I drove to Crest (30 minutes across town from where I lived, every Friday to work on it. I sang the melody of a song into a tape recorder (remember those?) and she’d work on it during the week. The next week we’d tweak it a bit and go on to the next song. She then, in addition to writing the music for the 13 songs, wrote the prelude and orchestration for nine instruments! I was blown away. Then there was the problem of how to get it published. My agent did not deal in musicals. We had a contract with a company in Australia, (All the companies I contacted here wanted a video of the musical performed. Sorry, both of us went to small churches with no resources for such a production. Finally, we went with a company that published musicals here, but they wanted everything uploaded in a certain way and after a year of frustration (we are both computer challenged) we gave up. In desperation, one day I contacted the music department of the college where I used to work as Conference Director and sent an e-mail to a professor there. It was a “Hail Mary” if there ever was one!

He and his wife met me at a local coffee place and uploaded the song samples we had on a disk, then told me about a talented music student of his, John. We connected. He took our musical, edited it, song by song and all the music, and voilà, it is up on the SMP Music site! Wow! God knew what He was doing and had a plan. Even tackling the seemingly impossible, we forget that nothing is impossible with our God. A writer of historical fiction and a piano teacher, and He made lemonade out of what seemed like a lot of lemons! He is awesome!