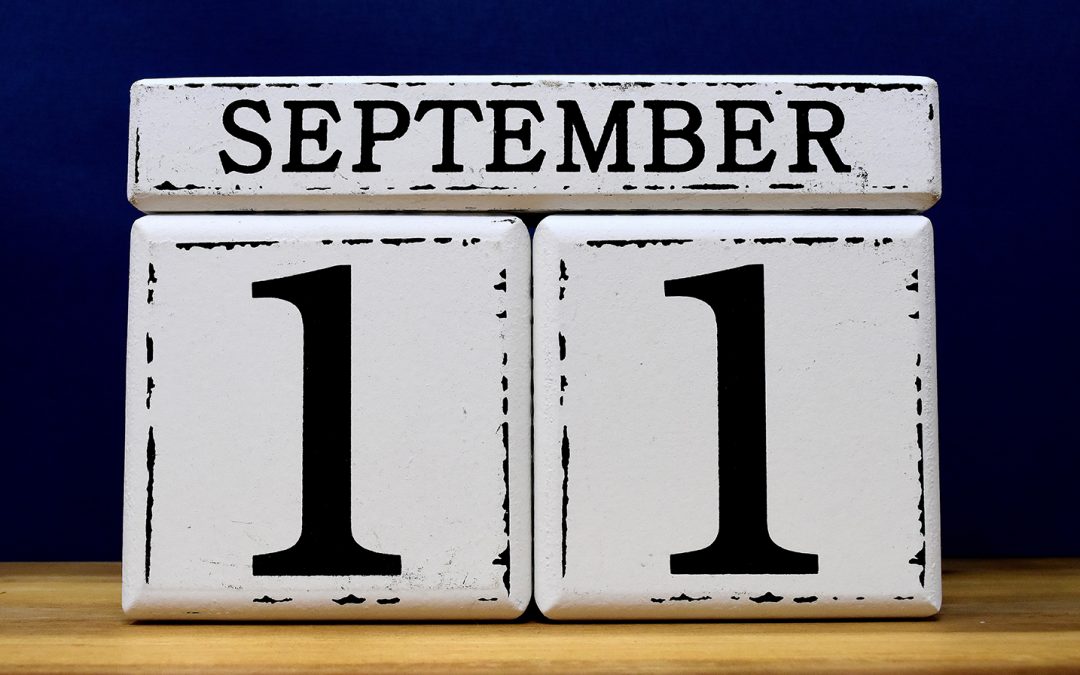 Once again that auspicious date has rolled around and we commemorate a day 18 years ago that will live in the memories of the older generation forever. Those students graduating from high school have no memory and no idea of the angst that gripped the nation on that morning. They never saw the planes fly into the towers, never saw the horror of people having to make the choice of burning to death, or jumping to their death from 80 or more floors up because their escape was blocked by where the plane entered floors below. I saw a young man take the hand of a young woman who was terrified to jump and they jumped together. We hear the words of people on flight 91 that was headed for the White House, and the words “Let’s Roll” as men on the plane took matters into their own hands to rush the terrorists and get control of the plane. They only deterred it, for it crashed in a field miles from the White House. The Pentagon was also hit.

People watched their TV with tears rolling down their cheeks. Never since the Civil War has such carnage occurred on US soil. I was on my way to my monthly Bunko game but none of the ladies had their mind on that. We were watching events unfold on TV. After I left, I drove to Las Vegas where my daughter was living at the time. It was the shortest trip I’d driven there, glued to my radio. Someone told the pastor of a church in Las Vegas that she had had a dream prior to 9/11 of the name of God on the billboards of Las Vegas. Sin City? No way! Conventions and flights were cancelled and the big hotels were doing everything they could to bring people in to their shows. We were given two tickets to Circa de Soule for the 10:30 performance. As my daughter and I drove into the heart of the city for the show, we looked up and on every electric billboard in the town were the words, God Bless America! We wept. I don’t think there was a person alive on that day that doesn’t remember where they were when that event was happening. I remember men and women of Congress standing on the steps of the Capital Building singing “God Bless America.” With the division that we are experiencing in government today, maybe they could remember back to a day when in unity they all stood together, Republican and Democrat and sang with all their hearts for their country. On that day it didn’t matter what race or religion one was, it was a day we came together as Americans and showed the love for the country that has given us so much.

Maybe the students of today don’t remember, they were only babies on that day, but then, I was only 3 when WWII broke out. I was born at the end of the depression, and don’t remember the hardships of that time. For that reason, let us make sure that civics and history are still taught in our schools, so our young people know what we have in this country and no one will feel the need to “take a knee” at the singing of our national anthem. Old Glory still flies over the greatest country in the world! Let us remember the brave men and women of the military who gave their all to keep it flying.