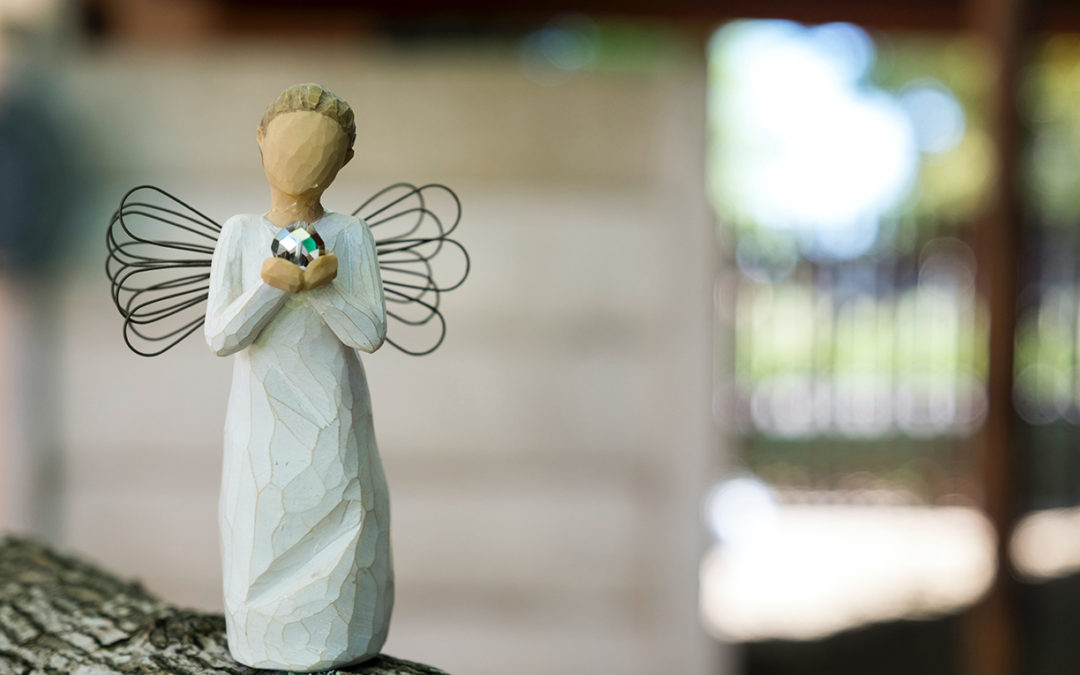 I recently read a book on angel stories. People that had experiences that they could only attribute to a supernatural being that appeared, helped them and then disappeared! I began thinking back, wondering if I had experienced anything like that, and an incident came to mind. My daughter and her former husband had moved from Chicago to Las Vegas to start a new business. Their four children were young, two still in diapers and the others 5 and 7. My daughter and her husband needed to go to a training session and would be gone a week. I came to stay with my grandchildren. The week went well, but the day their parents were to return home, the kids were restless (an understatement!) so I took them for a walk in an unfamiliar neighborhood. I intended to be gone only a half hour or so and didn’t take anything with me. The two youngest boys were in a stroller and my older grandson and granddaughter were on their small bicycles. After a half hour or so the kids wanted to return home and I started back, only to realize I didn’t know the way. I was lost. I asked a couple about our street and they pointed, but it was the wrong direction and I was really lost. I didn’t have my purse with me, but considered going up and ringing someone’s doorbell and asking to have them call me a taxi. I stood on the sidewalk, trying to look calm for my grandchildren’s sake, but silently I prayed, “Help, Lord, I am so lost!” Just then, a white pickup truck came around the corner and seeing me standing there looking a little frantic, he asked if he could help. He wore a white painters coveralls, and had blond hair and white cap. When I told him my dilemma, he assured me he knew where my street was, put the bikes in the back, loaded me into the truck and drove us home. He wouldn’t take anything for his trouble, just smiled and went on his way. If that was not an angel, I don’t know what was!

Photo by Darrell Fraser from Pexels