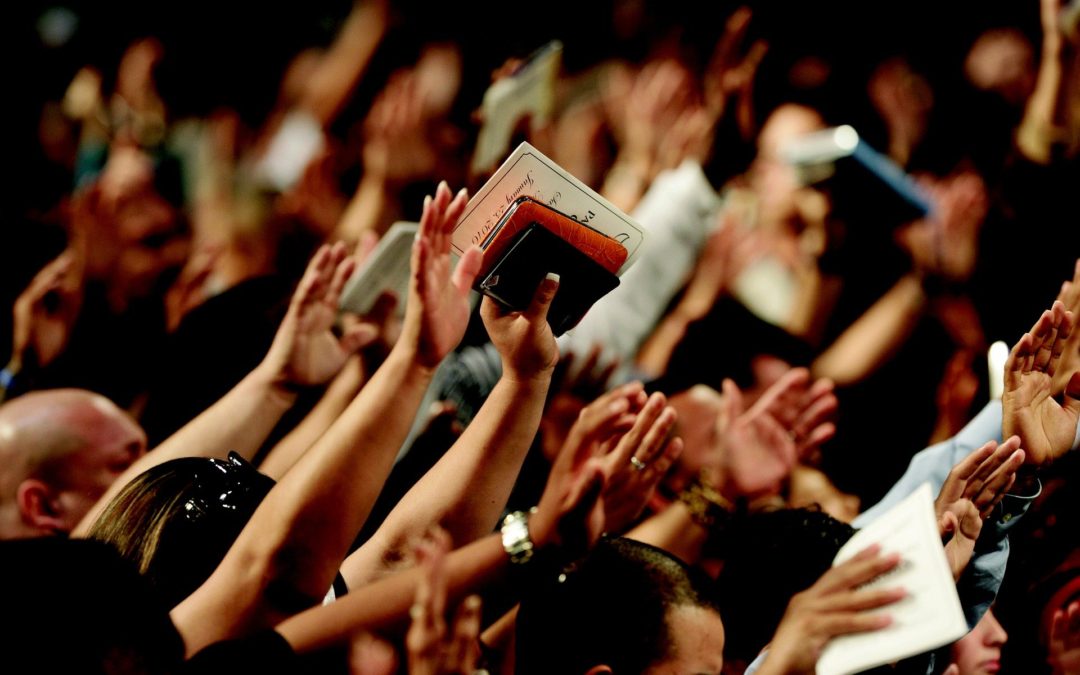 One of the things that was hardest during the pandemic, was to be told our churches had to be shut down. Mental illness, suicide, and other things doubled and tripled. Especially hard to hear was suicides in children under the age of 12! At a time when we needed hope and encouragement, and the comfort that our faith provided, we were told to watch our services on line. Better than nothing, but not the same. It puzzled me as to why Walmart, Target, Home Depot, Costco, and other big box stores were able to remain open while churches were closed. As time went on, it seemed to be more political than of necessity. However, I will leave that opinion for now.

In California, there is an evangelist by the name of Mario Murillo. He has been having huge tent meetings in cities like Bakersfield, Modesto, and others, and thousands of people have shown up. People receiving Christ, being healed, and other miracles are in abundance and yet the news media doesn’t mention a word! People are looking for hope and reassurance in these trouble times and as someone said, the church is a hospital for the needy. We had been on line and outside with masks since shortly after I became a member of a new church. Feeling like I didn’t know anyone under the circumstances, I returned to my old church. When the pastor of the church I’d become a member of emailed me to tell me that he was finally going to announce the names of new members at the service the next day, I had to tell him I hadn’t been there for almost a year!

Mario Murillo had a luncheon for pastors on March 4th. Nearly one thousand pastors showed up! He didn’t have a worship team to start the service, he just stepped to the podium and like Billy Graham, shared the Gospel, and “told it like it was.” “Go back and open your churches!” he admonished them and reminded them that the 1st Amendment says, “Congress shall make NO law respecting the establishment of religion, OR prohibiting the free exercise thereof …” Congress, or governors, or mayors may not make rules governing how we may worship or whether we can or cannot enter our churches! Our Founding Fathers left England because the king had decreed the Church of England as the state church and they were being persecuted because they wanted freedom of religion.

What is our country coming to when armed police show up at a church that is worshipping God and tell them they have to close down the church? The men who signed our Constitution pledged their lives, their fortunes, and their sacred honor for this freedom and for most of them it cost what they had pledged!

I was delighted to learn that those pastors went home and opened their churches!

Image by jaefrench from Pixabay