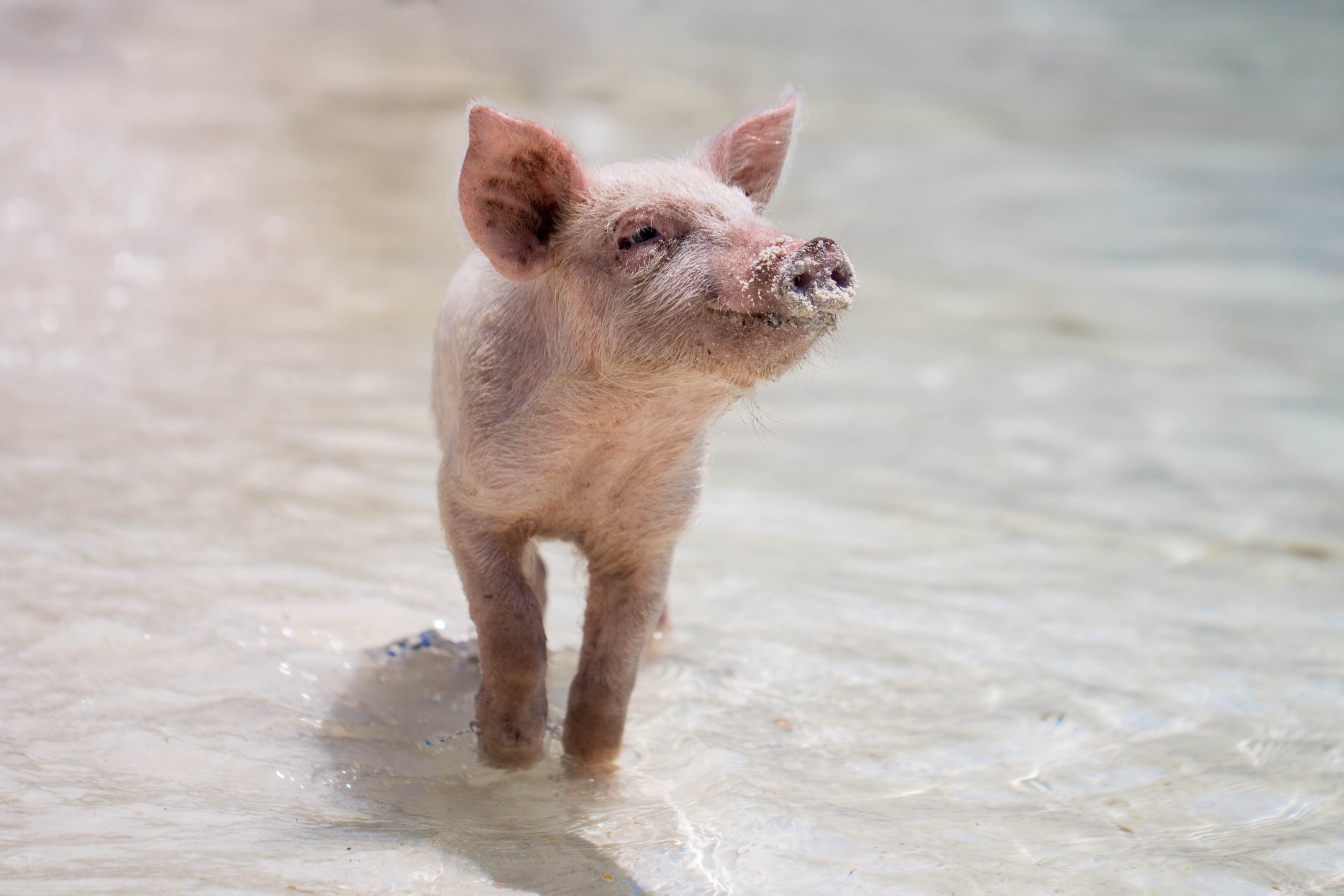 Most people in residential areas have cats, dogs, or birds. My son has a dog, a rabbit, and now, what he calls a miniature pig! In reading an article in National Geographic, it is clear that there are no permanently miniature pigs! They are little and cute, but can grow 1.5 lbs a day and by two years can weigh over 400 lbs. Some let their pigs roam the house like a dog or cat, but how many people, especially in a normal residential area, want a 400-500 pound pig roaming the house? I am going up to my son’s for the weekend and to meet “Lily” but if he keeps the pig and it grows as all indications show, to be a very large animal, Grandma is going to stay home!

Some people are “cat people” and some people are “dog people.” Dogs, and some cats, can be walked on a leash, but as one humorist put it, dogs have owners but cats have “staff.” They are extremely independent creatures! Some cats love to be cuddled and made over, others deign to let you pet them! I’ve always had dogs, and occasionally a cat, but when my daughter moved to an apartment with friends and couldn’t keep her cat, I took “Fluffy” in. Then there was a problem. I was getting married and my husband to be was allergic to cat fur! I had to find a home for Fluffy and tried valiantly but had no luck. I finally had to take her to a special cat shelter where they found homes for stray cats. It was clean and neat and well kept, but Fluffy knew I was leaving her and let out a yowl of distress. It was all I could do to walk away.

All my life I’ve had dogs, and have outlived many of them. It is so hard to make that fatal decision when they become too old or too sick. You put it off as long as possible for that animal has become one of the family. My Chessie was 16 when I finally realized she was barely hanging on and while I had the blessing of having her for two more years after my husband died, it grieved me to part with her. She had taken me through a rough time and it was good not to be alone. I have a new little dog I’ve had two years. She is only 15 pounds and is a sweet little thing. Loves people and is a great traveler. I don’t want to think of the time down the line. We just outlive them!

Back to the piggy. I am anxious to see if my son, who is nurse and works 12 hour days when he is on shift, is going to deal with a growing piggy around the house!