Journey to the Well 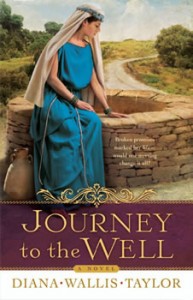 In the fourth chapter of John’s Gospel, Jesus tells His surprised disciples that they must go through Samaria. Most Jews went out of their way to avoid that land because of animosity between the Jews and Samaritans. Though apprehensive, they didn’t question the Master, and after a long journey, they arrived at Jacob’s Well. Jesus stopped to rest of there while the disciples went into the town of Shechem to buy food. As he waited, a lone Samaritan woman came to draw water. Since Samaria had many springs, she could have gone to the local well. Instead she went a mile out of her way in the hottest part of the day to draw water. Who was she? Why did Jesus choose this woman as the first person to whom he would reveal himself as the Messiah? Was there more to her than we have supposed?

Journey to the Well is a compassionate and riveting portrayal of a woman who has historically been maligned. This surprisingly fresh look at the woman of Samaria reveals an inner strength and courage that helped her face the joys and heartbreaks that shaped her life. One by one, the pieces fall into place that draw her at last to Jacob’s Well, and a life-changing confrontation with Jesus.

Read an excerpt from the book.

Order your copy from these on-line retailers: